HomeMagazineTravelling
Would you like to visit Croatia on your next vacation ? At the crossroads of cultures , this country bordered by the Adriatic Sea and bathed in the mild Mediterranean climate , will seduce you. Pebble beaches , lakes , island excursions , architecture , culture and gastronomy , you will be spoiled for choice. So to be sure to prepare your trip as well as possible and not miss anything of what there is to see in Croatia , follow the guide! 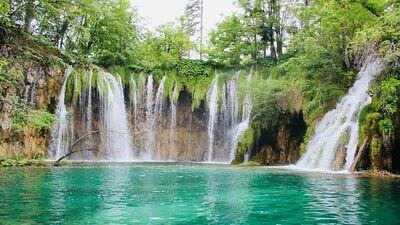 Plitvice Lakes: a unique place to see in Croatia

The most visited Croatian national park is listed as a UNESCO World Heritage Site. And for good reason: over a vertical drop of 130 m, this marvel of nature has no less than 16 lakes flowing into each other and 92 waterfalls! The crystal clear waters worthy of the Caribbean Sea are a delight for the eyes. But that's not all: this natural park is full of wonders for flora and fauna enthusiasts. While walking on the hiking trails and in the forests, you can come across deer, wild boars, wild cats, but also rarer animals, such as wolves or bears. Located between Zagreb and Zadar, it is a magical place not to be missed during your stay in Croatia! 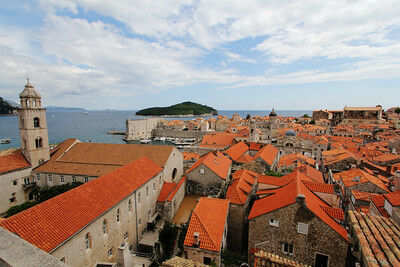 Dubrovnik: a city steeped in history

Dubrovnik, rightly called the pearl of the Adriatic, is a must for lovers of history and architecture (but not only!). Stroll through its alleys, as well as the long pedestrian street of La Placa to admire the old houses and appreciate the architectural signature of the city. You can also go around the old town by taking the ramparts. You will then have a view of the red roofs of the fortress and the bay of Dubrovnik, where the small island of Lokrum, also called the island of love, is located. This sublime nature reserve of 2 km² can be visited during the day. Here, there is no accommodation but the 12th century monastery where some scenes from Game of Thrones and Fort Royal were filmed.
If you like religious monuments, Dubrovnik will satisfy you thanks to the Dominican convent and the Franciscan monastery. 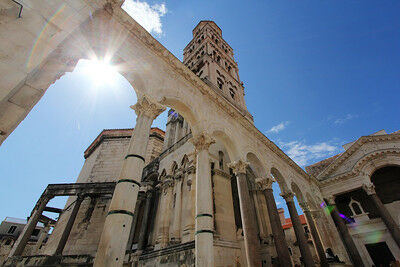 Split: the jewel of central Dalmatia

Split is amazing with its architecture. Indeed, the city center is built in the middle of the ruins of the prestigious palace of the emperor Diocletian (who lived in the 3rd century BC). This city ingeniously combines history and modernity: shops and museums rub shoulders with bars and restaurants, and in the evening the atmosphere is festive. Enter the konobas (typical Dalmatian restaurants) and take the time to taste regional specialties such as octopus salad, smoked ham or grilled fish.
Fans of archaeological sites can go to Solin, at the entrance to the town. It is one of the most important sites on the eastern Adriatic coast. Also worth seeing: Marjan Park, the statue of Gregory of Nin (luck will be with you if you hold his big toe), or the Ivan Meštrović Museum (who was none other than Rodin's favorite pupil) .
Split is a city by the sea, you can enjoy its beaches (including Bacvice, the famous sandy beach, located near the city center). Split is also the ideal starting point for exploring the surrounding islands: Hvar, Slota, Drevnik, or even Brac. Chartering a private yacht is certainly the best solution to explore the archipelago at your own pace.
Main port of Dalmatia, Split makes it possible to connect Dubrovnik, Pula, Venice or Greece by ferry. 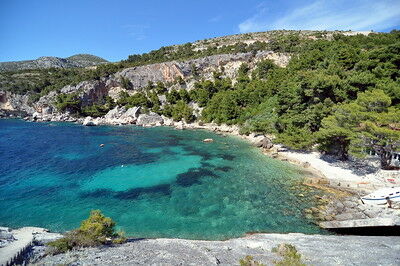 The island of Hvar: famous and unmissable

Reach the island of Hvar from Split. This long territory, which extends from east to west over 70 km, is very popular with holidaymakers and appreciated by celebrities. It is rightly nicknamed the Croatian Saint-Tropez. Modern, lively and a hotspot for cultural encounters, Hvar is also made for lovers of wild nature with the beauty of its breathtaking landscapes. The most famous island in the Adriatic Sea is full of enchanting assets! Visit the old town of Stari Grad, explore the beautiful bays around Sucuraj, discover the wilder southern part of the island, and admire the lavender fields at Velo Grablje. 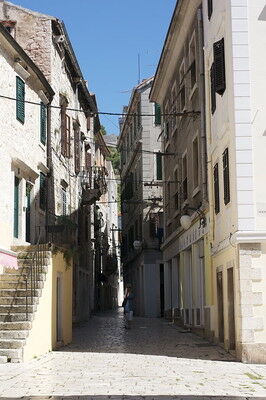 If you like authenticity, go to Šibenik. Much less touristy than Split, Dubrovnik or Zadar, this city is nevertheless remarkable. If only for its splendid Saint-Jacques Cathedral, a Croatian monument classified as a UNESCO World Heritage Site, it is worth the detour. Its construction which began in 1431 extended over more than a century. The Palace of the Dukes and the archaeological, ethnographic and history museum, located on the seafront, opposite the cathedral, are also worth a visit. Another site classified as a UNESCO World Heritage Site: the Saint-Nicolas fortress, erected on the outskirts of the city, a must-see. Stroll through the old town, enjoy getting lost in the pretty squares and small alleys. Linger in the evening, as the nightlife is very lively. You will be seduced by this pleasant city.
Take advantage of your trip to Šibenik to visit the Krka National Park and its waterfalls, located 15 km away. The Kornati archipelago: Croatia seen from the sea

Unmissable visit during your stay in Croatia: the Kornati archipelago. Nature, wild and calm are the words that best describe this set of 150 islands and islets, most of which are uninhabited. The wildest Croatian archipelago can be reached by boat from Zadar. If you navigate with your own boat, you will have plenty of time to stroll on transparent waters in the maze of rocks and mini-islands. Drop anchor at your leisure for exceptional swimming moments. The marine fauna is rich: no less than 160 species of fish have been listed, turtles and dolphins will certainly cross your path... Don't forget to keep an eye out!
Finally, hiking enthusiasts are not left out. The walks to the top of the islands are a real pleasure. 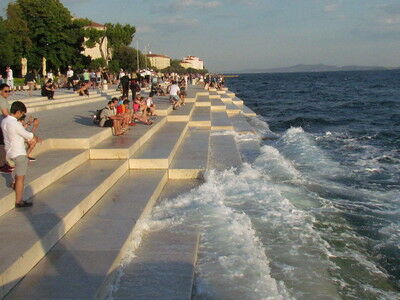 Zadar: history and music in the heart of the city

Zadar, located in the north of Dalmatia, deserves to be known for its many historical remains of course, but also for its tremendous musical creativity. Browse the forum. Stroll through the Roman ruins. Pass along sarcophagi, slabs and columns, some of which date back to the origin of Zadar more than three thousand years ago. Take a trip back to the Middle Ages by visiting the Romanesque Church of Saint Donatus dating from the 9th century and a symbol of Byzantine architecture in Dalmatia. Then go back in time and approach modernity by letting yourself be captivated by the bewitching music of the sea organs. Meet at the end of the Riva quays, on the white stone stairs that flow into the sea. Close your eyes and listen to the song of the waves. An ingenious device captures in long pipes hidden from view, the breath of the sea and the breath of the wind. 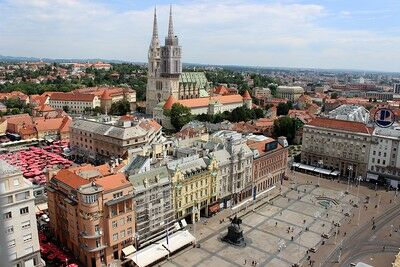 Zagreb: when it's good to stroll in the largest city in Croatia

You will have to go inland to reach Zagreb, the Croatian capital. It is an eclectic city in terms of its architecture, its cultural life and its many museums (museum of contemporary art, museum of technology or even the museum of broken relationships, the originality of which particularly appeals to tourists). Totally different from the coastal towns, it was influenced by the Austro-Hungarian Empire for centuries. Stroll through the streets of the city center to the main Ban Jelačić square. Have a drink on the verdant terrace of one of the typical Mediterranean cafes. Sit down at one of the many restaurants and taste the famous Zagreb escalope, a traditional local dish. You have understood, here everything invites you to take the time to savor every moment. 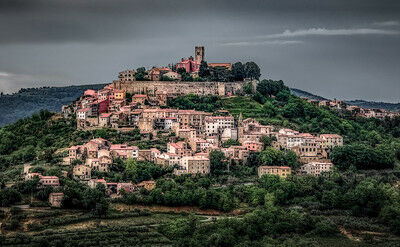 The region of Istria: to immerse yourself in authentic Croatia


This beautiful heart-shaped region is bordered by the crystal clear waters of the Adriatic. It is the perfect place to visit both the seaside, but also the hinterland and its fascinating contrasting landscapes. After having explored the magnificent coves, do not hesitate to go inland where you will discover typical villages. Motovun, a small citadel surrounded by medieval ramparts culminates on a mountain of 277 m. This village dominates the valley and offers a breathtaking view of the vineyards and the forest. Motovun has retained its medieval architecture and has many palaces around the town's main square. Buzet, the truffle village, will make you discover the local gastronomy. White or black, the city is full of truffles. You won't find a better place to appreciate the history of this underground mushroom and learn how to taste it.
These two villages are not the only ones to visit. While strolling in this region, you will discover many other cities, each one more beautiful than the other.
You will be dazzled by the riches that abound in this country. Wealth at the same time natural, cultural, architectural and gastronomic. And to complete your dream vacation in Croatia, how about a high-end rental? You will find many prestigious properties on the Blueside-Home platform: from villas to luxury apartments, including private yachts, you are spoiled for choice. Do not hesitate any longer and plan your future vacation now!
Link copied 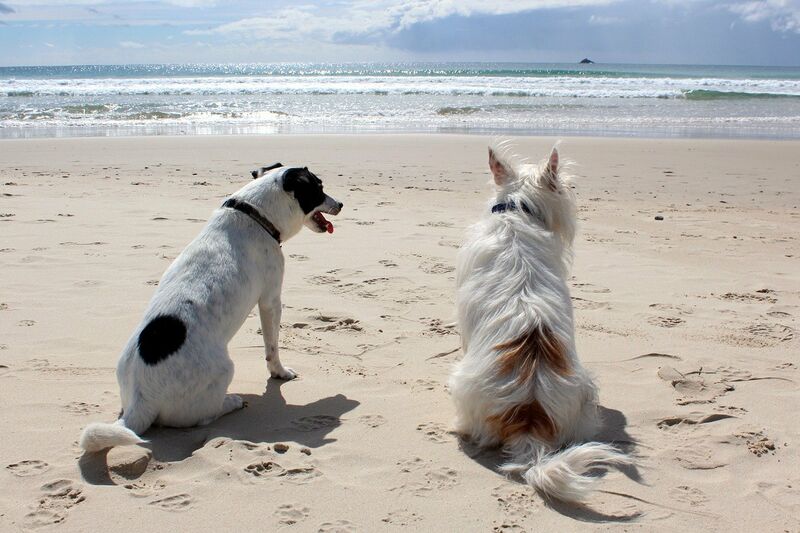 What conditions must be met to travel to Europe with your pet? Discover everything you need to know to spend a great holiday with your dog or cat. 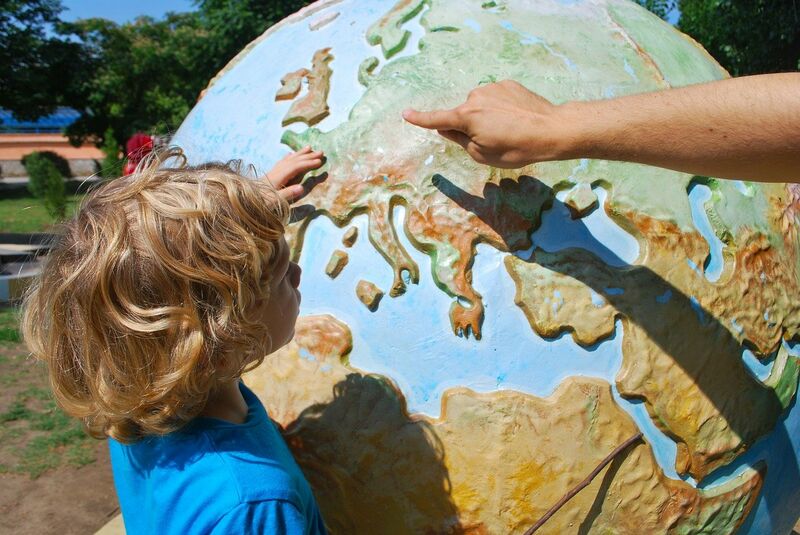 A family tour of Europe

What are the best routes? 8 destinations that are unanimous among authorized persons: children and teenagers. 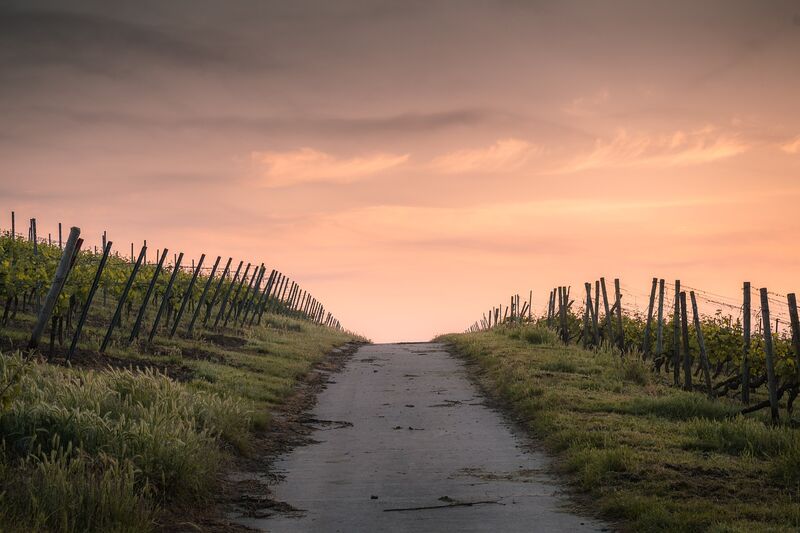 For pleasure, happiness, joy, balance, local development and respect. Here are 6 excellent reasons to get away close to home.